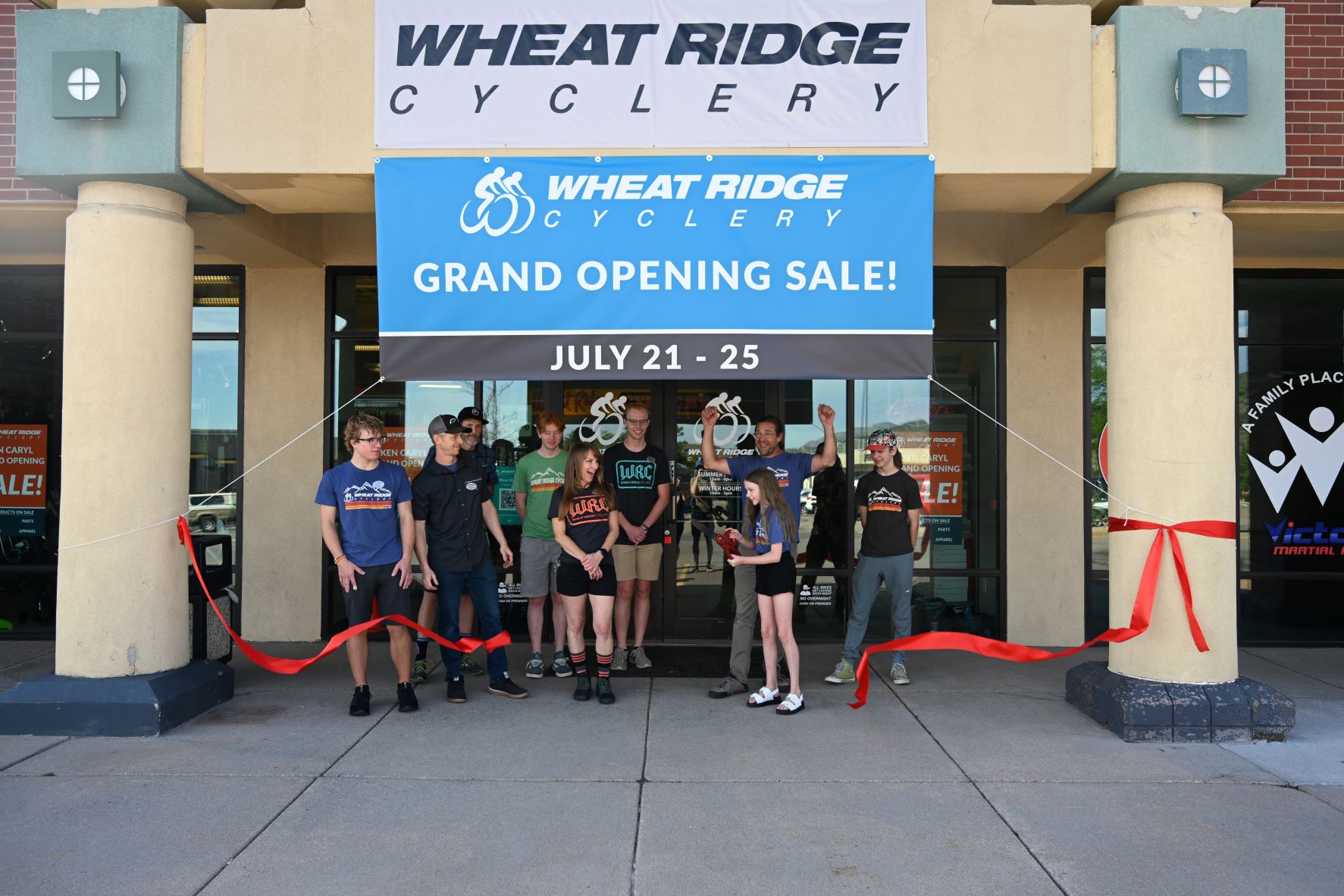 On April 23, 2021, Wheat Ridge Cyclery was purchased from the Kiefel Family by David Dentry.

The transition from the Kiefel Family’s day-to-day operation of the business actually began when Ron stepped away from the company in late 2018. This was a much bigger deal than it seems, as only family members had ever run the company in its long history. Selecting the right person to lead the company going forward was a big decision with many ramifications.

Fortunately, the answer was already right here under the roof as longtime WRC staffer Steve Heal was quickly promoted by the family board into the role of General Manager.

Steve started at WRC in 2008 on the sales floor, slinging bikes, knowledge, quips, laughs, and smiles. After a brief hiatus away from the company, he returned in 2012 as a Sales Manager and was subsequently promoted to the lead buyer position.

Internally, Steve’s knowledge, expertise and enthusiasm in all things cycling made him a go-to for answers, guidance and leadership for the entire staff.

Externally, the relationships and positive connections Steve cultivated as a buyer with our multitude of vendors solidified his selection to lead the company.

Staff stoke was high as Steve took the helm. 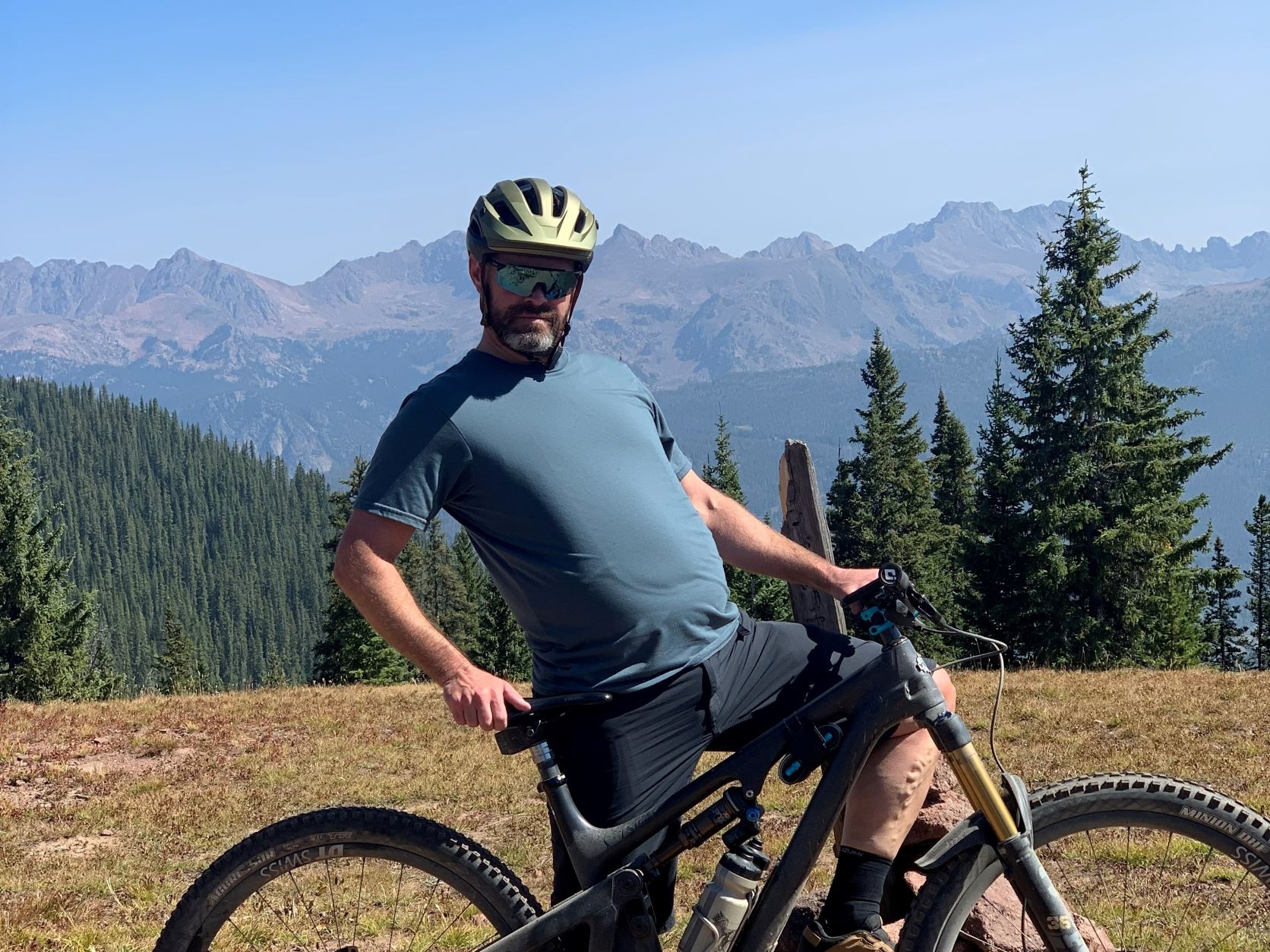 Steve Heal posing on a group ride in 2021

Then the world changed. As if it weren’t challenging enough to take on leading a multimillion dollar retail concern with a staff of 70, a global pandemic arrived in March 2020 to test Steve and WRC to the limit. Within days of having to close down, Governor Jared Polis declared that bike shops were essential businesses.

While this was excellent news, our established methods of doing business in a highly personalized manner were going to require immediate restructuring. Curbside delivery for bikes and service, what? Ecommerce and online sales? We were just starting to set that up and overnight it became essentially 100% of our daily business.

Additionally, with the bicycle industry supply chain foundation in Asia, forecasting and procurement of product instantly became an unknown variable. These were trying times and each day was a test of everything WRC had always been.

Then right in the middle of all this, The Kiefel Family decided to sell the business. The WRC staff began wondering if this crazy ride was ever going to end.

Again, just like the potential upset that could have occurred when Ron left the company, WRC was poised to make the best of a tough situation. Not selling out to a major corporation was great news, but there were still many unknowns.

With his April 2021 acquisition, new owner David Dentry breathed fresh vigor into the company. He immediately ensured staff that he had no plans to make any major changes.

David having no background in the bicycle industry was an unexpected and refreshing perspective. It allowed him to bring his vast career expertise in customer relations in various industries to bicycle retail, while utilizing and empowering the many decades of experience of the expert staff he had just inherited.  This new energy and perspective could enhance the unexpected growth we were experiencing, while moving the brand and company identity forward.

And have we seen growth! At first what appeared to be a temporary sales surge has officially become a bike boom. Lifestyles were upended and radically changed during the pandemic, and many people took up cycling for the first time or came back to it after many years away. We were selling bikes before we had them in the store, and our service department was at least three times busier than normal. Now, two years on, many of those new riders who got their first bike in 2020 are getting a second or even third bike. If there’s one positive result of the Covid pandemic, it’s getting more people on bikes!

WRC has always been a destination shopping experience. Customers come from all over the metro area and the mountain communities to visit our single location. David researched the local market and identified an area in need of a bike shop and acted. WRC Ken Caryl opened around May 15, 2022. You’ll also notice a new logo, brand colors and refreshed identity for the stores along with new WRC logo’d product in apparel and accessories.

Even with all this change, in our lifestyle as we exit two years of global pandemic and within the structure of your favorite bike shop, one thing has and always will remain constant: WRC loves our customers and we will continue to provide expertise, passion, fun, integrity and respect to the cycling community and our beloved customers.

In the summer of 1973, a salesman of industrial bearings named Eugene Kiefel began looking for a job change. While driving his rounds, he’d narrowly avoided a couple of collisions, and figured he’d better find something safer. He explored several local opportunities, including go-kart sales and a Dairy Queen franchise.

Then he saw a classified ad in the Denver Post: Bike Shop For Sale. Having done some apprenticeship time with bicycles and motorcycles in his native Germany, he responded to the ad. In August 1973, Eugene purchased the shop.

Starting with $4,800 and 750 square feet, Eugene built a bicycle empire. In 1973, the store staff included Eugene and, well ... Eugene. During the summers, he expanded his staff with the addition of his three children: Ron, Erlinda and Leona.

Within a few years, business was increasing steadily and it truly became a family affair when Eugene’s wife, Nora, took on the dedicated position of clothing buyer, enhancing the scope and diversity of a category that has become a hallmark of WRC’s offerings.

Youngest sister Leona worked closely with her father in building the company in the 1980s, and later was a traveling sales representative for Trek Bicycles.

Leona’s husband, Gil McCormick, took over the duties of General Manager in the early 1990s, a position he held for 14 years during a time of great growth for the company.

Middle sister Erlinda is the family rocket scientist. Until her 2019 retirement, she developed advanced aerospace technology as a propulsion engineer with Lockheed-Martin. She’s also a powerhouse on the bike and has competed in cycling at a high level, including the 1990 and 1991 UCI Mountain Bike World Championships.

The oldest of the children, Ron, left the shop to race bikes. After an impressive and successful run in juniors competition, he was selected to join the first American team to compete in the Grand Tours of Europe: Team 7-Eleven.

This legendary squad laid the foundation for U.S. professional cycling and led Ron on a cycling adventure that included becoming the first American to win a stage in the Giro d’Italia and a medal in the 1984 Olympics (team time trial, bronze.) He raced in and completed seven Tours de France, and was U.S. National Road Champion in 1983 and 1988.

Today, WRC operates out of a 30,000 sq. ft. facility that has grown around the original 750 sq. ft. spot, selling thousands of bicycles each year, and we still treat our customers with the same respect, honesty and value Eugene began with all those years ago. 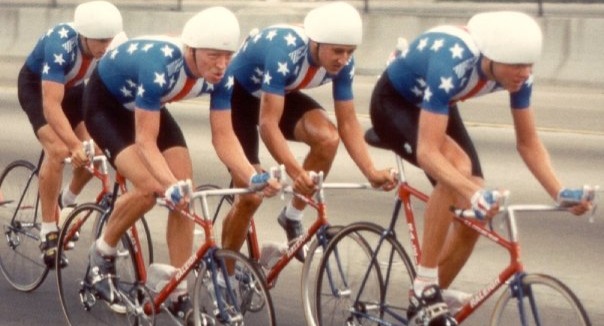 All those classic road bikes on the wall above the Service Center are the physical mementos of Ron Kiefel's storied professional racing career.

Above: Ron breaking out of the peloton to attack on the final day of the 1987 Tour de France, Champs d'Elysee, Paris.  Photo: John Wilcockson

We realized that Jack Taylor was nearing his 8,000th frame and wanted to do something special with the serial number of 8000, thus the JT 8000 was born. Get the full story and learn more about this magnificent bicycle by clicking the "learn more" link below.