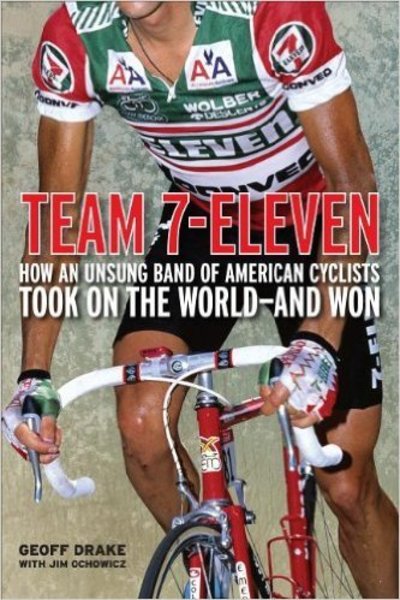 In 1980, there were exactly four professional bike racers in America. Six years later, an American cycling team would wear the coveted yellow jersey of the Tour de France. And that same team would go on to win Italy’s greatest race—the Giro d’Italia—only two years later. Team 7-Eleven is the extraordinary story of how two Olympic speed skaters, Jim Ochowicz and Eric Heiden, pulled together a small group of amateur cyclists and turned them into one of the greatest cycling teams the sport has known. From humble beginnings in a barn in Pennsylvania to soaring victories in the French Alps, Team 7-Eleven is the complete history that has never been fully told—until now.

The 7-Eleven Cycling Team—Team 7-Eleven for short—launched the careers of American cycling superstars Andy Hampsten, Davis Phinney, Bob Roll, Ron Kiefel, and many more. It also changed the cycling world, creating a new team structure based on multiple stars, unified goals, and personal sacrifice for the greater good. And yet at the time it was formed, the number of American cyclists with world-class experience could be counted—literally—on one hand. And the number of American teams that competed in Europe’s biggest races was exactly zero.

Team 7-Eleven is the amazing story of how two cycling fans found one exceptional sponsor and created the greatest American cycling team of its era.

Written with the enthusiastic cooperation of the team members, Team 7-Eleven will impress cycling fans with behind-the-scenes stories of the team’s founding, its growing pains, and its lasting success as the team that established America as a powerhouse in the world of professional cycling.