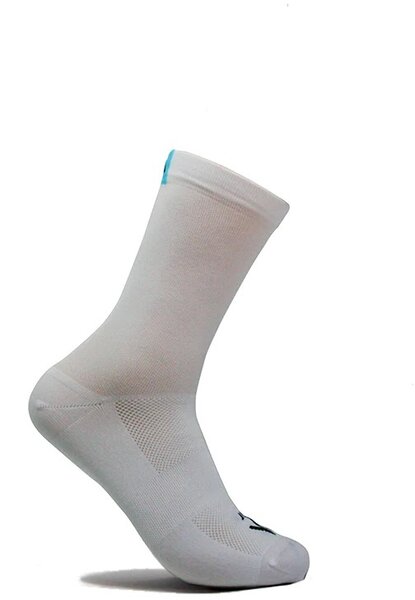 The all-white Ivan is named for the dominating former pro sprinter affectionately known as the Cuban Missile. We followed our old friend Ivan on the socials where we spied him 100% committed to the crisp, white sock, that is, until he became #minted. Since then Ivan's feet have become much more colorful. We thought the least we could do in return was respond in kind with an all-white Mint. This Ivan's for you, Ivan.

Finely knit. Always changing designs. Never ending style.
Something first class and fresh, and on the finer side of life.

Mint wanted to make that something accessible, choice, and utile. And what’s more utile than socks?

Mid-century modern designs and colors are incorporated into these freshly minted socks. One can never truly replicate an original mid-mod fabric, design, or piece of furniture because there’s an emotion attached to the original and to the era. That’s why we love the era. We know there are emotions attached to some of your material things. And we hope that you attach some emotion to ours.

Much like original mid-century modern items that can never truly be replicated, minted Mint socks will never be replicated. Once that model in a specific color and design is gone, it will never come back. Newly minted socks will follow.

We’ve washed ours hundreds of times and we can’t seem to make them sag, deform, or discolor. We definitely can’t spin cycle the shape out of them. We tried and failed so we’re bringing our freshly minted socks to life. And we hope you attach emotion to them.

In case you’re wondering why these Italian made socks sell for twenty-ish bucks, it’s this simple: First, Mint is giving some of that money away. For every pair of socks they sell, they are giving a buck to the National Interscholastic Cycling Association, also known as NICA.

Okay, so the second reason their Italian-made socks will run you a mere twenty-ish (besides the fact that they’re made in Italy), is the box. These socks are packaged in an uber mod reusable button and string-tie box. This is the type of box you might have seen sitting on the art director’s desk at one of those 1950s advertising firms. If you weren’t born yet – and most of us weren’t - then maybe you saw one on Mad Men. We’re certain you will want to reuse it. Shucks, you may even end up buying more socks just for the box.

But NICA first. And foremost. #morekidsonbikes